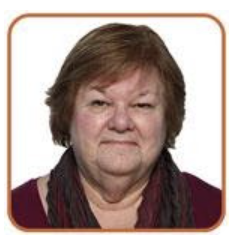 Rae was born into a Christian family, the older of 2 girls.  At age 6, she accepted Christ as her Saviour, and continued to grow in her faith as she participated in church life through Sunday School, youth groups, choir, and other programs.  In high school, Rae became interested in nursing as a professional goal, and following graduation enrolled in the nursing program at the University of Manitoba.

The Nursing program was a time of challenge and achievement and before graduating, she became engaged to a wonderful man (now her husband), as she looked forward to what excitement lay ahead.  Rae worked as a Public Health Nurse in a rural community for the year following graduation from University, prior to being married.  Since her husband was an officer in the Air Force, they moved to a new location every few years, until they eventually settled back in Winnipeg.

God had laid upon Rae’s heart to once again pursue further education, and it was with joy and trepidation that she entered the MA in Counselling program at Providence Theological Seminary where she fell in love with formal education!  After graduation from PTS, Rae began a private counselling practice, seeing 1-2 clients per week, while teaching nursing full-time.

Several years later, Rae began working on her Doctorate degree, which she describes as a fabulous time of growth and graduated with her EdD (Counselling Psychology) in 2009. She continued teaching full-time and counselling part-time.  Upon retirement from teaching nursing at the University of Manitoba in 2018, Rae asked the Lord if He would be pleased to increase her practice…and did He ever! She is now counselling full-time and loving it!

There are many visions that Rae has envisioned for the growth of PACCP, including increasing membership numbers and our collective knowledge and expertise.  It is her privilege to serve.