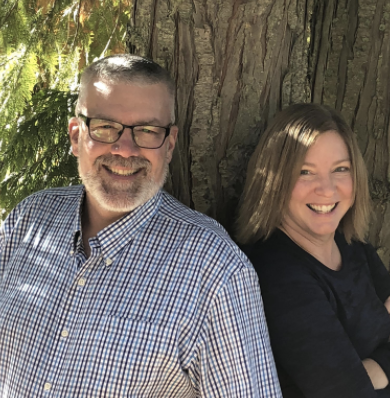 Tony resides in Vernon, BC with his wife Gwen and “best friend” Curio, two grown sons and have become first-time grandparents as of September 2021.

Graduated from Briercrest with an MA in Counselling. RMFT-S with CAMFT. Clinical Fellow and Approved Supervision with AAMFT. CCC-S with CCPA. CPCS with PACCP.

During his time at, and following graduation from Briercrest, Tony served pastoral roles in two churches. He returned to Briercrest in 1995 as the Director of Counselling and Health Services. While at Briercrest Tony taught in the Marriage and Family Counselling Program and later served as the Associate Dean of Student Development in the Seminary. Tony transitioned to the role of Executive Director at Fairhaven Leadership Retreat Centre in Vernon, BC in June of 2015 where encouraging the health and renewal of Christian leaders gives expression to his heartfelt passion. He continues as Adjunct Faculty with Briercrest teaching in the areas of trauma and marriage counselling. Tony also maintains a small private practice through which he provides clinical supervision to students and practicing therapists who are advancing their professional credentials.

Tony’s involvement in Christian counselling dates back to 1992 where he served on the board and later president of PACCP’s predecessor, the Saskatchewan Association of Professional Christian Counsellors. He was part of PACCP’s founding board and subsequently served as president following Don Russell. Since then, Tony has being active in the area of ethics and currently holds the National Board Ethics Portfolio. Serving the membership of PACCP and working towards the expanding professional recognition of Christian Counselling within the clinical landscape of Canada continues to be another heartfelt passion.