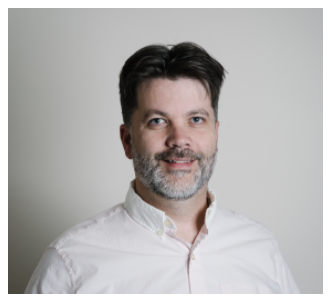 Rob currently holds a position with Alberta Health Services (Cold Lake and Bonnyville) as Clinical Supervisor in Addiction and Mental Health. In addition, he also has his own private practice called Trailhead Counselling and Psychological Services. Prior to becoming a professional psychologist, he spent about 12 years as a youth/associate pastor in Meadow Lake, SK with the Evangelical Free Church. Rob found that he was moving more and more into a pastoral counselling role, and so pursued his MA while pastoring, and eventually moved away from full time ministry to full time work in the field of counselling psychology. He feels honored to have also worked as an adjunct professor with Providence from 2009-2014.  Rob has lived and worked in Fort McMurray and then Calgary for Shepell before relocating back to the Northern part of Alberta and closer to family and lake country in 2014.

Rob is a missionary kid from Mexico where his parents served for many years with New Tribes Mission (now Ethnos360), during his grades 7-12 years.  After high school he went to Nipawin Bible College to complete his undergrad studies and to connect with family heritage in the area of Nipawin, SK. In 2010 after quite a few years of part-time study, Rob graduated from Providence Theological Seminary with an MA Counselling Psychology and was then able to register as a psychologist in AB. Currently living so close the border, he is registered as a psychologist in both AB and SK and sees clients from both provinces.

Rob and his wife, Amanda live in Cold Lake, AB, with their two children ages 10 and 7, who are in French Immersion with the local Catholic school division. They enjoy being close to Amanda’s family in Saskatchewan, and the small city of Cold Lake which has much to offer while avoiding big city life. As a family, they enjoy camping and canoeing in the summer and skiing and fishing in the winter.

Rob and his family have found a church home in the Alliance Church in Cold Lake, and volunteers as a back-up preacher and as a regular worship leader.

Rob has been a PACCP member since starting his journey into the counselling field as a student and pastoral counsellor. Belonging to PACCP as an association has been a valuable resource given the ebb and flow between formal ministry and work outside the church. The application and integration of faith, spirituality and science has been of particular interest, and he believes, as a Christian, he has a particular way of ‘being’ to offer the workplace and to the practice of therapy, even if it is client directed. Being a member of PACCP helps to ground Rob in his commitment to his Christian identity, while providing a professional service in a mostly non-Christian environment. As a member of the National Board for Member Care, Rob is hoping to continue to help facilitate a service to our members where they feel supported and encouraged in their work as Christian practitioners in various contexts.